Gun shots in foreign battlefields thousands of miles away. The sound of screams and wails piercing the sky. A soldier comes home after a long stint at war overseas and has trouble readjusting to the life that he once knew. These are usually some of the first images that most people are accustomed to when the term PTSD, or post-traumatic stress disorder is brought up. However, what most don’t realize is that PTSD and anxiety occur regularly within our own communities. Every day in America, people of color experience societal “microa 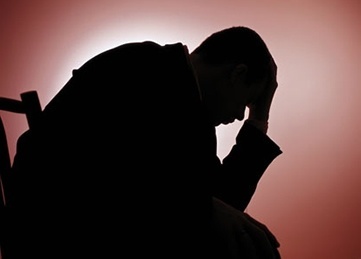 ggressions” and traumatic experiences that shape beliefs which then may be passed down through the generations.  Recently, there have been many examples of microaggressions, whether it is the police being called on African-Americans barbecuing in a park in Oakland or reporting a young black child “illegally” selling water in San Francisco without a permit. Although microaggressions are considered subtle hints of racism, they along with socio-economic inequality and overwhelming traumatic experiences, contribute to the overlying issue of PTSD and anxiety within minority communities. Spend 10 minutes watching the local news and you can be assured that there are going to be stories about a young black or brown person being killed or involved in either a criminal or violent offense. As a result, the community becomes deeply affected and its residents develop paranoia and distrust of outsiders or authority figures. For 4 years, I worked in East Flatbush, Brooklyn often considered one of the most dangerous and crime ridden parts of New York. Although I loved my time there and became deeply connected to the culture and local community, the evidence of PTSD and anxiety throughout was evident. Many residents are of Caribbean descent and live on fixed incomes in areas that can be prone to violent crimes. There are less job opportunities and more overcrowded subsidized housing. These factors breed highly stressful environments which can lead to trauma, anxiety and depression. According to the National Comorbidity Survey, 48% of men and 49% of women who were diagnosed with PTSD also suffered from depression. In dealing with these stresses, many may also turn to alcohol and substance abuse to cope. These experiences are then transferred throughout the generations and become cyclical. As a result, our neighborhoods may feel like an urban battlefield; Navigating lack of resources, higher crime activity, substandard housing and higher negative police encounters can be comparable to a soldier walking through a minefield trying to avoid trip wires and explosives. That nervous feeling that occurs when a police officer drives by, or the paranoia that arises when a black person is suddenly in an all-white environment, are very real characteristics and mindsets that have been learned and repeatedly hammered home by society. We also must identify that these experiences are not limited to simply being “poor and black”. Many minorities from all different backgrounds experience varying amounts of trauma. Although I am a health care professional with a doctorate and no criminal record, I too have been harassed while visiting friends in nice neighborhoods, as well as being questioned as a suspect because I “fit the profile”. I have gone to the funerals of childhood friends who have been lost to gun violence and visited family members who are serving life sentences. When I see flashing blue and red lights in my rearview mirror, my chest tightens, and adrenaline flows with anticipation of what may happen next. I drive with my wallet in my cup holder, so that just in case I get pulled over, I won’t be mistaken for reaching for a weapon. My story is not unique, as there are many other minorities who experience the same, if not greater levels of psychological stress. This illustrates that it is important to acknowledge that being a black or brown person in American can be a traumatic experience. That no matter what your socio-economic status, it is still possible for anyone to be affected, and accepting this fact is another necessary step in continuing to battle the mental health stigmas in our communities.