The month of August usually represents an end to the summer, and a return for school age children back to their buses, school lunches and after-school programs. However, a recent outbreak of a long-forgotten disease has parents, teachers and the elderly population on high alert. According to the US Centers for Disease Control and Prevention, 107 cases of measles have been diagnosed in 2018 along throughout over 21 states and the District of Columbia, including Texas. Compared to recent years, the number of reported cases is slightly higher and not tied to a single large outbreak like the record number of cases from 2016. The most startling news is that most people who contracted measles did not get vaccinated. Measles is a contagious infection that is caused by a virus. The infection stage occurs over a 2-week period, and during this time there are no signs and symptoms. Once its effect takes place, several symptoms including persistent cough, runny nose, fever may occur. Eventually, the most hallmark sign of measles, the rash of small red bumps, covers the body and increases the fever. The measles, mumps and rubella (MMR) vaccine is very effective against measles with nearly 93% success rate. So how does this work? 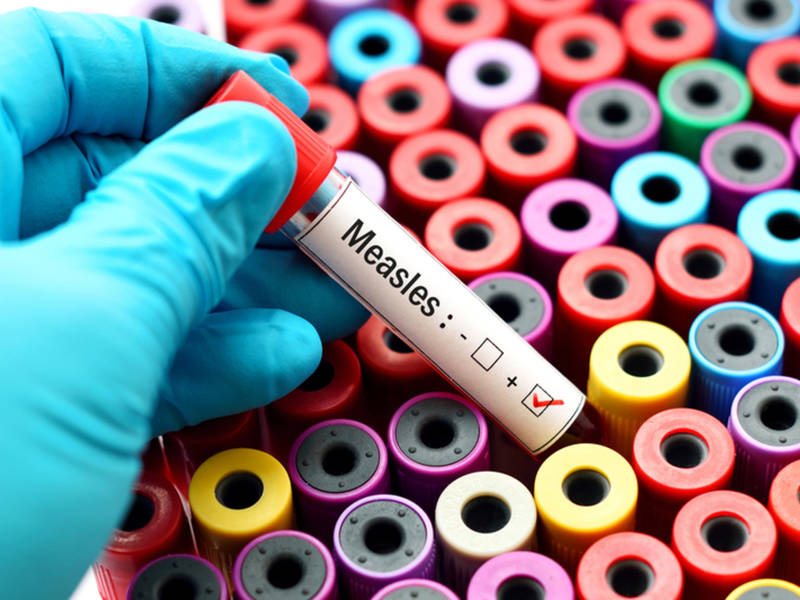 Think of the vaccine as a study guide for a test, or a blueprint to a house. It prepares the body to fight against a disease, without being exposed to the actual symptoms. Vaccines are made of weakened or dead antigens of the disease. When administered, it causes the body to produce antibodies which fight the weakened antigens and prevents an infection from spreading. The immune system then stores this information for future use. Once a person is affected by the actual disease, their immune system will recall the antigen and know exactly how to combat the disease, which is how a person becomes immunized. Although measles was considered to be eliminated in America in 2000, it is one of the leading worldwide causes of death for children. The World Health Organization estimates 450 children die each day due to measles and nearly 20 million people contract measles each year. Those children who were not vaccinated as infants have a higher chance of contracting the disease.  With August being National Immunization Month, it is important that not only children reporting back to school are being protected from diseases, but our senior population as well. Seniors are often overlooked when it comes to immunizations, but because of age, their immune systems may weaken and be more susceptible to certain diseases. Also, if they have other diseases such as diabetes, their immune system may be even more compromised and susceptible to viruses. Even if a person was vaccinated earlier in life, the effectiveness of the vaccine decreases over time, so it is important that booster shots may be given in order to increase the chance of the body fighting back against the disease. Also, when people in general are vaccinated against a disease, it decreases the chance that our children and senior population get affected as well, even if they are unvaccinated. This is known as herd immunity. This concept shows that it is not also imperative that our most vulnerable populations are vaccinated but that everyone becomes protected as well. This ensures that an outbreak does not occur, and a few cases are contained. Vaccinations not only protect yourself, it protects our communities.